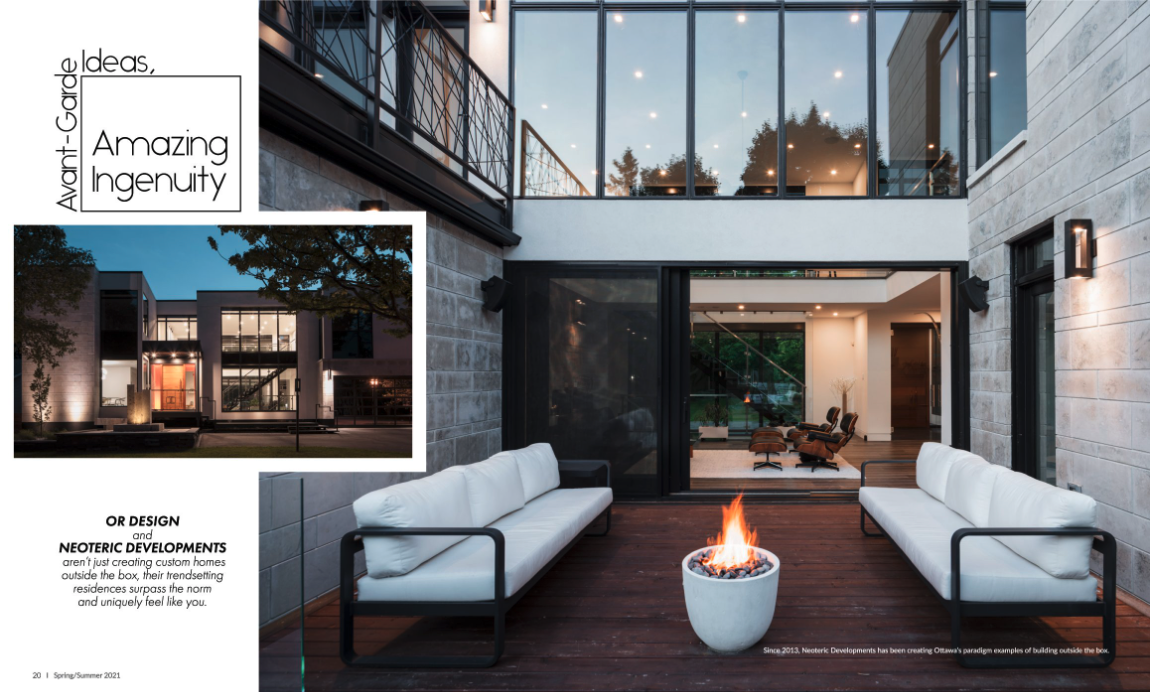 OR Design and NEOTERIC DEVELOPMENTS
aren’t just creating custom homes outside the box, their trendsetting residences surpass the norm and uniquely feel like you.

Or (Shneur) Bielak used to be an opera singer. As confirmation, the 40-year-old owner of OR Design, Neoteric Developments (ND), and ND Management bursts into song. Indeed, he was coached by world-class operatic soprano Maria Pellegrini, and spent a decade as a professional singer.

“I love to create,” he explains. “I need that artistic outlet, to be doing and creating.” He’s passionate too, about everything from music and cars to philanthropy and design. Especially design.

Eight or nine years ago, Or embarked on a home renovation—his first. He laughs now, saying initially, when he was done, he wasn’t going to do it again. Everyone who saw the finished product, though, sang the praises of his standout results. They were also “floored” that he put in black hardwood. Even the pro at the hardwood-flooring store was taken aback. “Are you sure you want this?” he asked. “Nobody ever orders black.”

Or knew what he wanted: Black. And the visual impact was extraordinary. “The person who bought the home loved it.” In fact the response was such that Or realized this was an artistic avenue to pursue. Why not build outstanding spaces that transcend the norm, express people’s passions, and actualize their dreams? That’s how Neoteric Developments came to be.

Building outside the box

Since 2013, Or and his team at ND have been creating Ottawa’s paradigm examples of building outside the box. This dream team includes Marco Manconi, professional engineer and former manager of design and construction for infrastructure services with the City of Ottawa. For the city, Marco led high-profile projects such as the Lansdowne Park redevelopment, the Ottawa Art Gallery expansion and the Arts Court redevelopment. In 2018, he took a one-year leave of absence to join Or at Neoteric and work with the luxury builder. Then he stayed. “He’s the best,” Or notes.